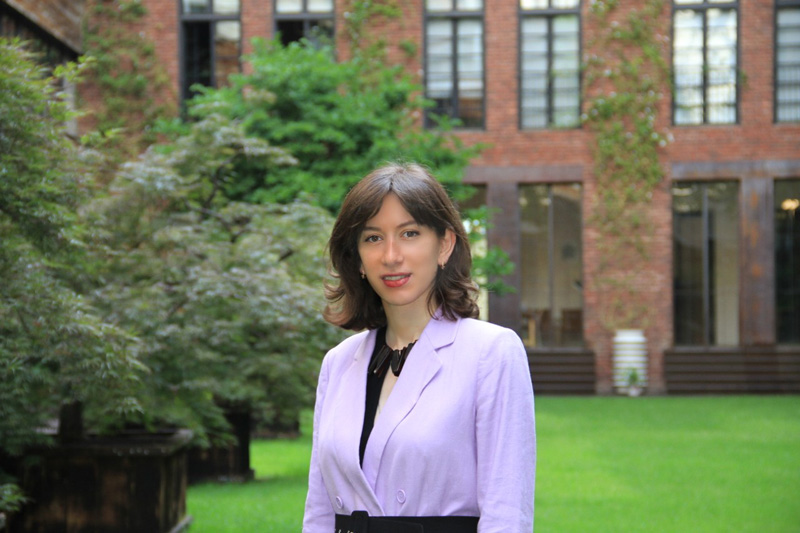 Chairperson of the Board   Natia currently works as an Adviser of Policy Planning Department at the Administration of the Government of Georgia. She also serves as a SDG’s National Coordinator. Prior to her current role, she served on various positions in both private and public sector. She is actively engaged in different education-related projects and performs as an organizer of the international education fairs. Herewith, Natia holds Masters’ degree in European Political Sociology. Natia Tsikaradze graduated from Summer Academy for Young Professionals (SAYP) in 2014. She has received various international scholarships  and completed leadership programs at leading universities worldwide. In August 2017, Natia also received a grant from the Swedish Institute (SI) to participate in a peer shadowing visit to various Swedish organizations. Natia is a member of executive board at Swedish Alumni Network Georgia from 2018 and she is actively engaged in implementing many interesting projects. 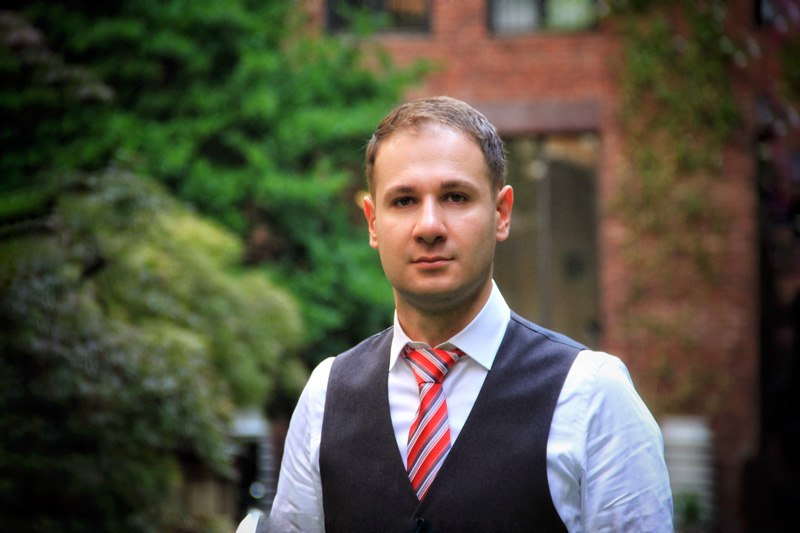 Deputy Chairperson of the Board

Goga is the Head of Law Firm Kikilashvili & Company, Associate Professor of Tbilisi Open University, and Senior Attorney of Legal Clinic of International Black Sea University. He has PhD in Law. He attended SAYP program in Sweden in 2015 and 2019. Goga was the Chairperson of Sweden Alumni Network Georgia in 2018 and 2019. 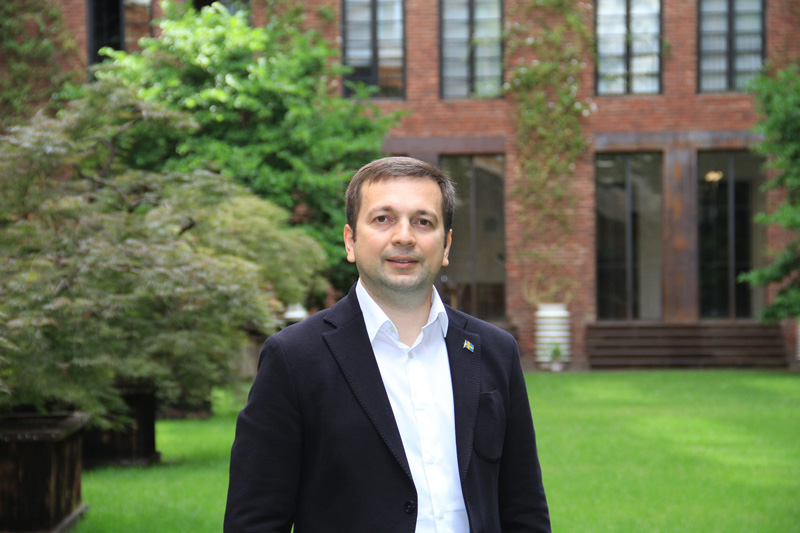 Davit Mikeladze is a Project Manager at UN Global Compact Network Georgia and CiDA. He is the Manager of the Project “Leadership for Sustainable Development in Georgia” funded by the Swedish Institute for International Development Cooperation (Sida). Prior to this, in 2014-2019 Davit was a member of the Environmental & Social Team of BP Global Projects Organisation, working on the delivery of social management program during the South Caucasus Pipeline Expansion Project (SCPX) and the Western Route Export Pipeline Sectional Replacement Project (WREP SRP) construction activities in Georgia and Azerbaijan. Davit is also the Founder of education consulting center PRIME STUDY which has a partner network of the highly-ranked universities, business schools and language centers worldwide.
In 2013-2014 Davit worked as the Head of Local Government component of the USAID-funded Good Governance in Georgia (G3) program. G3 was launched to address the democratic and social challenges facing local and national level governance in Georgia.
In 2009-2013 Davit was the Recruitment Manager of the Central European University (CEU) Business School in Budapest, Hungary. He was responsible for global recruitment of MBA students, promoting quality education and supporting young entrepreneurs from emerging countries to learn about ethical business practices. While at CEU, Davit was elected into the 12-member Senate – a key decision-making body within the university. Davit has got master’s degrees in Law, Political Science and Business Administration (MBA). He participated in various international conferences, seminars and fellowships, including the John Smith Trust fellowship program in the UK in 2014, and Summer Academy for Young Professionals held at Lund University in Sweden in 2017. Davit is a member of The Executive Board of Sweden Alumni Network Georgia since 2018. 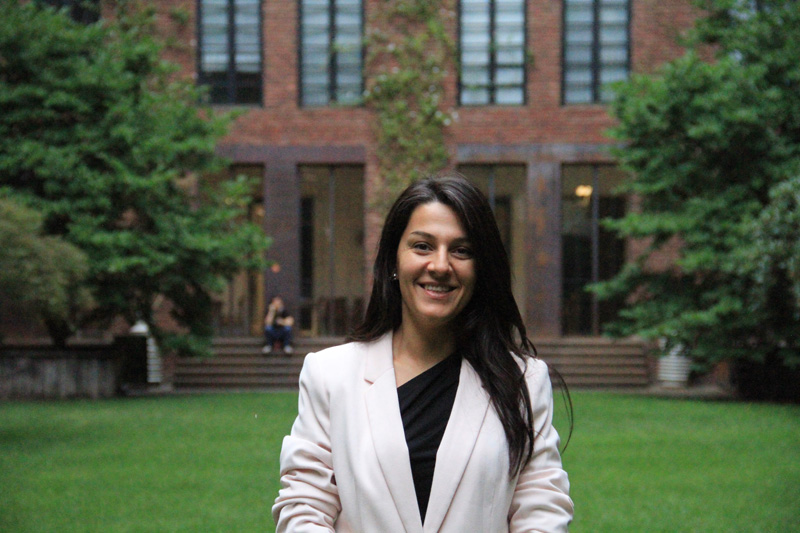 Miranda Tkabladze is Operations Manager at International Foundation for Electoral Systems, Georgia. She studied at universities in Georgia, Germany, Poland, USA and Sweden. Miranda has actively been involved in local, international and civil society fields in Georgia, as well as in the US Senate and Congress while studying in the USA. Since 2001, Miranda has been working for various international and state organizations. She is constantly engaged in working with a great platform of decision makers, policy makers, and different stakeholders, to empower women on local and national level, among them ethnic minority women and women with disabilities. She is permanent member of the 1. Task Force on Women’s Political Participation; 2. Gender Thematic Group (GTG). Miranda has participated in conferences, seminars, trainings and volunteered in various countries throughout Europe and USA, for instance the Philip Jessup Moot Court Competition, as an exchange student under Eurasian Undergraduate Exchange Pro-gram (UGRAD) or the 15th edition of the Academy of Young Diplomats by the European Academy of Diplomacy.
In 2019, Miranda was selected as a fellow of Professional Fellows Program (PFP); she has expanded her work experience with American Constitution Society. She is also Executive Board Member of U.S. Government Exchange Program Alumni Association (EPAG) Georgia and Sweden Alumni Network Georgia. In addition to her native Georgian, Miranda speaks English, Russian and German. Miranda is a member of the Executive Board of Sweden Alumni Network Georgia from 2019. 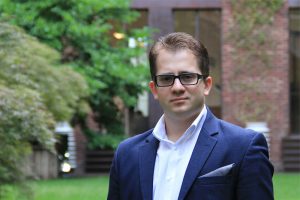 George Melashvili is the founder and president of the Europe-Georgia Institute (EGI) – an independent civil society organization based in Georgia. Within the framework of the organization’s mandate, George is actively engaged to increase Youth Engagement, Resilience of transitional democracies and development of political culture in Georgia and the Caucasus. George is a graduate of the International Relations school of the Free University of Tbilisi. During his university studies, he concentrated on the Far East region, International Relations and the economic miracle of Korea. George is also the winner of Many Languages, One World competition and as a winner he was invited to deliver a speech at the United Nations General Assembly Hall. His work based on Janri Kashia’s book on Soviet Totalitarian system was awarded the first place at the Janri Kashia Memorial Essay Competition.
In 2017, George Melashvili took part in Summer Academy for Young Professionals (SAYP) on Good Governance at Malmo University. Following his studies in Sweden, George served as the Young Delegate from Georgia at the Congress of Local and Regional Authorities, an institution of the Council of Europe, responsible for strengthening local and regional democracy. George’s interests include Global Politics and International Development.